According to a new study, research has revealed that the death toll due to the nation’s obesity epidemic is actually closer to four times higher than originally believed. Could this really be?

Whether or not experts may quibble about whether the obesity epidemic is slightly higher or slightly lower, it is still bad. What are your thoughts about this epidemic and what would your recommendations be to change behaviors in order to create a healthier community? 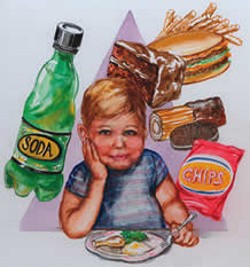